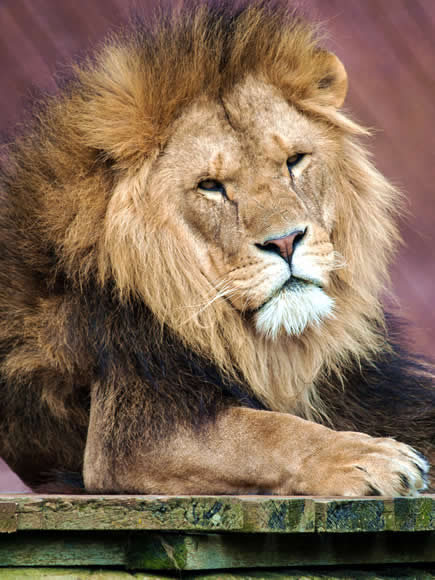 Singapore has changed so much over the years, its traditional villages turning into huge skyscrapers and its thriving countryside becoming various nature reserves around the island. However, these changes have brought many good things to the island, and now you can enjoy amazing shopping, awesome technology, and fantastic food in the vibrant city. If you’re more into nature, there are loads of places you can visit to explore the countryside and discover the huge amount of different species of plants and wildlife. Everyone knows something about Singapore, but here are some things you might not have known.

Singapore is home to the world’s best shopping district

Orchard Road was ranked by a Parisian market consulting company the best shopping avenue in the world. Think Paris and London are the best places to go to kit yourself out in the hottest fashions and coolest gadgets? Think again. Visit Singapore and you’re sure to have the shopping experience of a lifetime.

You’re half an hour younger in Singapore

Or half an hour older, depending on how you look at it. Singapore’s time zone was originally GMT+ 7.30, but in 1982 this was changed to match the time zone in East Malaysia. The time zone is now GMT+ 8.00, so next time you want a lie-in in Singapore but have to be up early, say you’re going by the old time zone and it’s actually half an hour earlier than they think it is.

The name Singapore is actually Sanskrit

It is said that in the 14th century, a Sumatran prince called Sang Nila Utama arrived on the island, which was then called Temasuk, during a thunderstorm, and spotted a mysterious beast. His chief minister identified it as a lion, so the prince renamed the island Singapura by combining the words “Singha” and “Pura” which translate as Lion City. It has recently been revealed that lions have never actually lived in Singapore, so the creature he saw was likely to have been a tiger instead.

If you’re one of those people who can’t go a day without chewing on some gum, then Singapore might not be the place for you. Since 1992, all possession, sale and import of chewing gum has been banned by the government. If you seriously can’t live without it, then you might be able to get hold of some “therapeutic” gum from a pharmacy, but you need a prescription for it, so unless you’ve got a legitimate excuse, it’s probably best to go without it during your stay. Funnily enough, it’s not illegal to actually chew gum, but since in order to chew it you’ll need to purchase it from somewhere and carry it around with you, which are both illegal, you might find it’s easier just to not. But look on the bright side; at least you don’t have to worry about stepping in gum on the street!

In fact, there are a lot of seemingly harmless things which are illegal in Singapore. Don’t be too affectionate in public, don’t walk around your house in the nude (at least not with the curtains open) and don’t even think about leaving the toilet without flushing it.

Singapore is also known as the Intelligent Island because of the advancements in IT and the way pretty much everything relies on technology. Technology and money seem to be the two things most people focus on and aim for in Singapore. Its other nicknames are less than flattering, and include “Spore”, which is reminiscent of Asian plague and “the Fine Country” because there are so many things you can get fined for, from dropping gum on the floor to undressing near your window.

Singapore is represented by the merlion 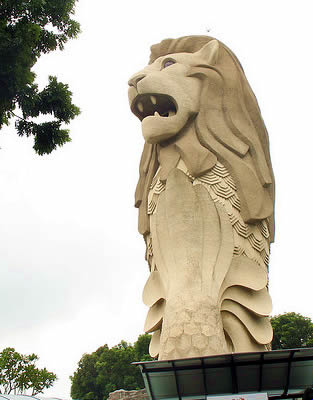 The merlion is a statue which is commonly recognised as a Singaporean landmark. The statue features a creature with a lion’s head and a fish’s tail, the lion representing the original name of the island, Singapura, which means Lion City, and the fish representing Singapore’s roots as a fishing village. However, because there is doubt as to whether the creature supposedly seen by the prince in the legend of how Singapore got its name was actually a lion, the statue should probably technically be a mertiger instead, and the island should be called Tiger City.

There might be a lot of things you can’t do in Singapore without punishment, but there are a whole lot more things which you can do, and Singapore is one of the most amazing places you can visit on your travels. With a thriving city and a perfect combination of technological innovations and beautiful nature reserves, Singapore really does have something for everyone, no matter how old you are or what you’re into.