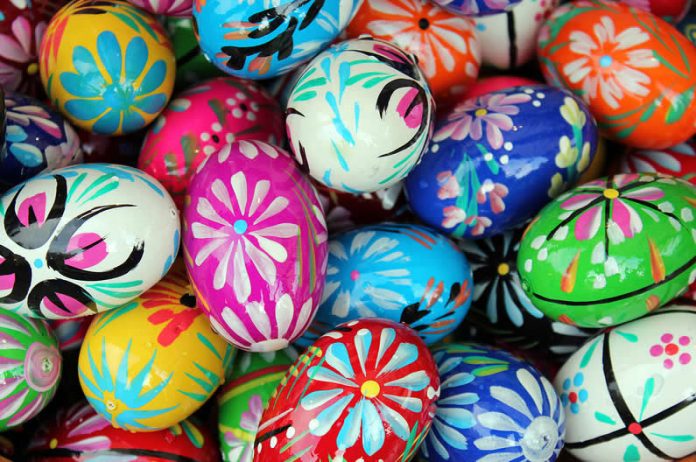 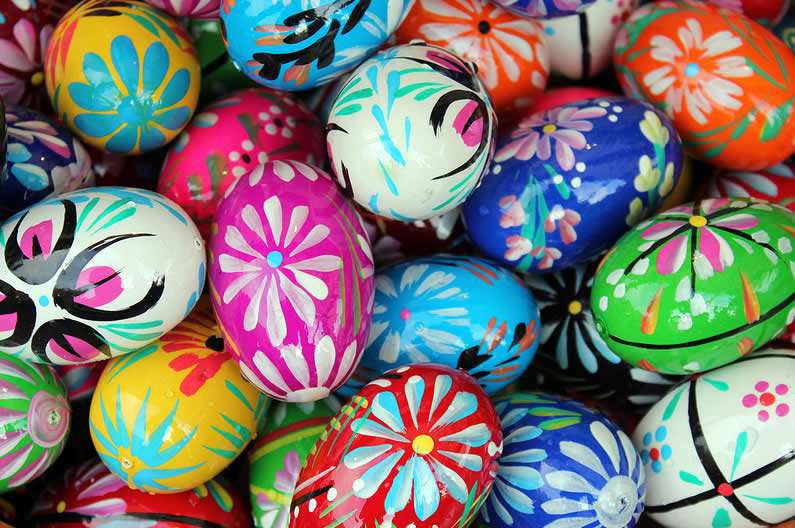 Easter is one of the most joyous and widely recognised occasions in the Christian calendar, and is celebrated in many countries all over the world. However, not everybody celebrates Easter in the same way, and some of the ways in which it is celebrated around the world may seem very unusual. Here are some of the different ways in which people worldwide celebrate Easter.

In Germany, it is traditional to hollow out and decorate Easter eggs with bright colours and patterns, and then hang them up on trees, much like the decorating of a Christmas tree. Since 1965, 75-year-old Volker Kraft has been decorating the apple tree in his garden with 10,000 Easter eggs, attracting thousands of visitors every year.

Latvians play a game where each player has an egg, and two of the eggs are tapped together. The player whose egg breaks is out of the game, and the process is continued with all players until every egg but one is broken. The person with the last remaining egg is the winner.

On Easter Monday, the tradition here is for boys to use whips made from willow branches and decorated with ribbons to whip girls around the legs. The willow tree is the first tree to bloom in spring, so this tradition is supposed to bring the girl health and fertility. Although it doesn’t sound very appealing, if a girl gets whipped a lot of times, it is actually seen as a good thing as it is a representation of her popularity. The whipping is supposed to be fun rather than painful. This is also a tradition in Slovakia.

In the Mexican town of Iztapalapa, a passion play is produced. Everyone is the town is involved, although lead roles are given to those who meet the appearance and height restrictions, and who are good people who can be trusted. The annual play was first created in 1833 by the survivors of a cholera epidemic to give thanks, and is now a huge tourist attraction, with a yearly audience of around one million. Each year, the productions become even more elaborate.

Easter in Finland is a lot like Halloween. Children dress up as witches and wander around the streets looking for treats. This is because Finnish people believe that witches become more powerful at Easter. They even light bonfires to scare the witches away (the real ones, not the children).

In Guyana, Easter Sunday and Monday are spent actively, as locals head outside to find open spaces where they can fly their kites. The kites are usually homemade and brightly decorated, and the activity is often accompanied by the eating of hot cross buns. Whilst kite flying is popular with people of all religions at Easter time, it is something which is only done on the Christian holiday. At any other time of year, flying a kite would be seen as an unusual thing to do. It is seen now as more of a secular activity, so everybody joins in.

In Hungary, women need to be prepared for Easter Monday, as this is when men go around “sprinkling” them with water or perfume. The more times a girl is “sprinkled”, the better. Whilst men spend the day visiting the women they know to do this, women greet them with drinks, food and decorated eggs. This tradition can sometimes go on for two days.

The custom of sprinkling girls with water also exists in Poland, however here it has developed into a full on water fight. According to legend, a girl who is soaked with water will be married within the year. This happens on Easter Monday (Smingus-Dyngus), whilst Easter Sunday is spent feasting. Families pass around eggs prepared in many different forms as blessings, and enjoy ham and different types of bread. In the centre of the table, butter or a cake in the shape of a lamb will sit. 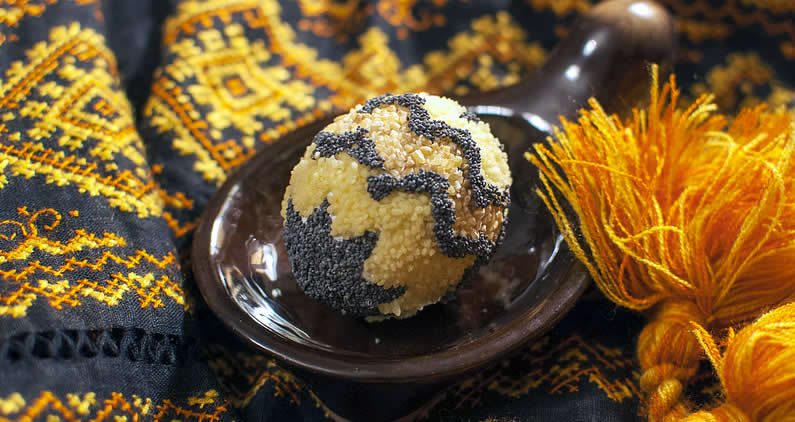 In Norway, something which gains immense popularity over Easter is the reading of crime novels.

Publishers even release Paaskekrimmen, or “Easter Thrillers”. This supposedly began in 1923, after the publisher of a crime novel advertised the book on the front page of newspapers. The advertisements looked so real that people believed them to be news and did not realise it was just a publicity stunt.

Although Easter is celebrated by Christians all over the world, and everybody knows the same story, there are a huge variety of ways in which people celebrate it, all sprouting from countless different traditions. These are just a few of the ways Easter is celebrated, and there are many which are even more unique and unusual.