As one of the most vibrant and densely populated cities in the world, Hong Kong certainly has a lot to offer its tourists, and there is no shortage of things to see and do. With food markets, goods markets, loud, bustling streets, huge skyscrapers, handy technology, cute pets and fashions and loads more, Hong Kong is one of the best destinations for adventurous explorers. Here are a few things you might not know about the famed city.

1. Hong Kong has the most skyscrapers in the world

Its closest rival being New York, Hong Kong has by far the largest amount of skyscrapers in the world. Skyscrapers are classified as buildings with over 14 floors, and with a whopping 8000 of them, Hong Kong has almost double the amount in New York. If you’re thinking of moving to or working in New York, you might want to think carefully about how afraid of heights you are. 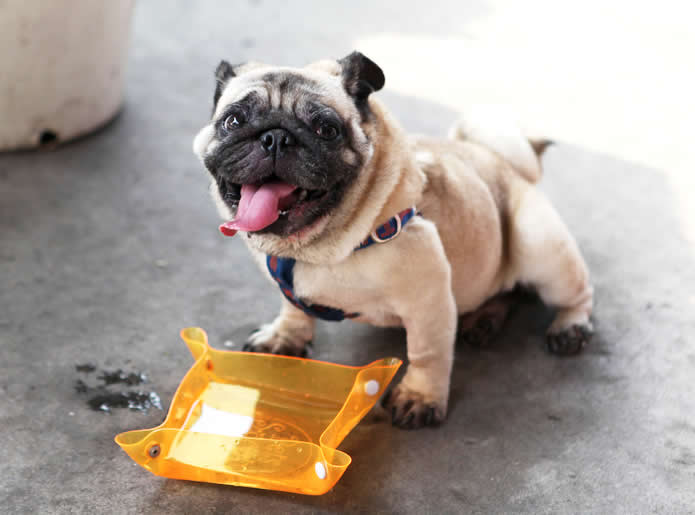 The residents of Hong Kong love their dogs, and there’s no cooler accessory than a pimped out pooch. Dogs are everywhere in Hong Kong, and the majority of them will be wearing some kind of fashionable gear, especially in the colder months when you’ll see them all parading around in their designer doggy coats. Despite the fact that most people in Hong Kong live in tiny apartments with no gardens, dogs are extremely common and are treated like one of the family. They’re also something of a status symbol, especially big dogs.

Ever thought about how annoying it is having to wait in line to buy a ticket for public transport? Well in the crowded streets of Hong Kong it would be an absolute nightmare. However, it’s not something locals have to worry about, as they use their Octopus cards to get around. This contactless form of payment can not only get you a train or bus journey, but can also be used to pay for a huge variety of things, from a McDonald’s meal to a can of soda from your local 7-11.

We all know that annoying feeling of not being able to make a call or send a text because we’ve just walked into a car park or gone through a tunnel and lost our reception. In Hong Kong, this problem doesn’t occur, because you get signal pretty much anywhere, so if you’re stuck in a jam and need to call someone, or you’re just bored and want to text a friend, you’ll always have reception and you’ll never have to worry about not being able to get in touch.

Lots of people in Hong Kong apply the rules of feng shui to their personal and work life, and it is used in architecture and businesses. feng shui is a Chinese form of Geomancy which is supposed to combine the laws of Heaven and Earth to achieve a better “life energy” or qi. It is followed so commonly and is seen as so important that the government has had to give compensation to people whose feng shui has been disturbed by local construction sites.

6. Hong Kong is the world’s most expensive place to live

Although in terms of general living, Hong Kong is not overly expensive, and you can travel, eat, drink and explore without becoming bankrupt, actually buying a home there will cost you big time, and don’t expect to get yourself a big house just because you’re willing to pay big money. For a 500 square foot home you’re looking at paying around HKD1.5 million. In the most expensive area, a 4,600 square foot villa is available for around HKD350 million. That’s around £30 million. Once you’ve bought your home, be warned, because although Hong Kong is not the most expensive place to live in terms of travelling and buying goods, it’s still one of the top 20 most expensive in the world.

If you’re thinking of visiting Hong Kong, you’ll find that it is one of the most vibrant, exciting and colourful places you’ve ever visited. Experience new cultures, new cuisine, and a new way of living. With so much to offer, Hong Kong is definitely a destination to put on your bucket list.