(Disclaimer: GoForFun neither endorses nor supports views expressed in the submitted article.)

You can hunt the 100s of millions of rabbits in Australia until you run out of ammo, but you probably want something more substantial. That’s why you love the idea of big game hunting. It’s some of the most exciting types of hunting out there. The problem is: where do you do it? There are a lot of places to hunt in Australia. Here are some of the most remote that you might want to check out.

North Queensland is a big area – so big that there’s no official boundary that separates it from the rest of the state. It’s also home to the Daintree Rainforest which is the largest continuous area of tropical rainforest on the entire continent.

The hunting in North Queensland is great, and you don’t have to settle for rabbits either. Huge trophy boar, chital deer, fox, and dingos are plentiful. There are some pretty remote hunting areas located in the Burdekin/Townsville region worth checking out.

Don’t forget to check out Far North Queensland either. There are a lot of remote properties with access to fishing and big game. You can also get a guided hunting experience hunting wild boars, dingoes, and trophy bulls. In most areas, the hunting season runs from the middle of August through to mid November.

Flinders Island is one of the most untouched areas in the world. This is the only place that you can hunt Cape Barren geese, turkeys, peacock, wallaby, ducks, and quail all in the same weekend. The island itself is interesting – nestled in the Bass Strait, 20km from Cape Portland. It was only colonised about 35,000 years ago, and remained that way until roughly 4,500 years ago. Today, it’s a favourite spot for hunters.

The island forms part of the state of Tasmania, and is the largest of the Furneaux Group. With a population of just under 900 people, it’s unlikely you’ll see much but the game you’re hunting.

If you want excitement, venture out to Tasmania. The area is home to both Lake Pedder and Lake Gordon. You’ve probably heard of them before. In fact, Strathgordon was the construction town for the huge hydro-electric plant that’s there now. It can be a great place to fish, but the hunting is here too if you like big game.

The area used to be a single 2,500km square property but it’s been divided up into four smaller properties. Talk about remote – once you’re here, the nearest basic services are 57km away. On the positive side of things, the scenery here is gorgeous. Check out the Gordon Dam if you get a chance.

The game? Anything from pigs, bulls, dingoes, and everything in between can be hunted here. Most places have a generous season, but some areas are only open from Mid August to mid November.

About the author:Elizabeth Bailey has extensive experience as a travel consultant. Her articles mainly appear on travel blogs. For more info on hiring a car in Australia for your next game trip, visit the link. 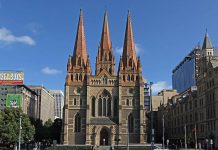 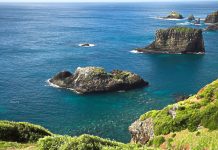 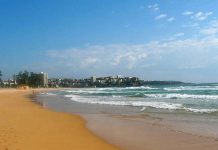 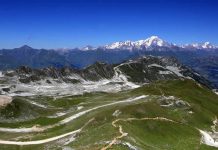 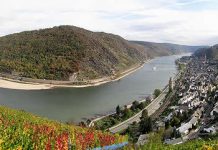