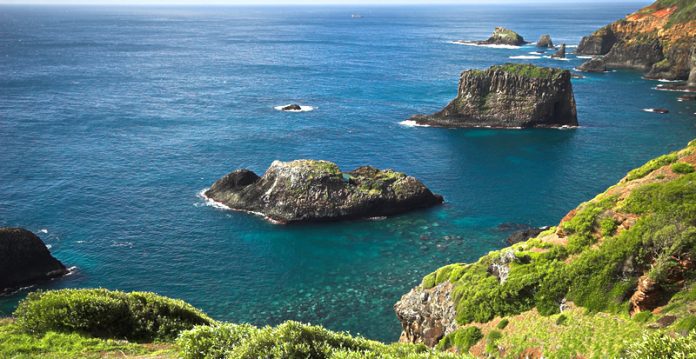 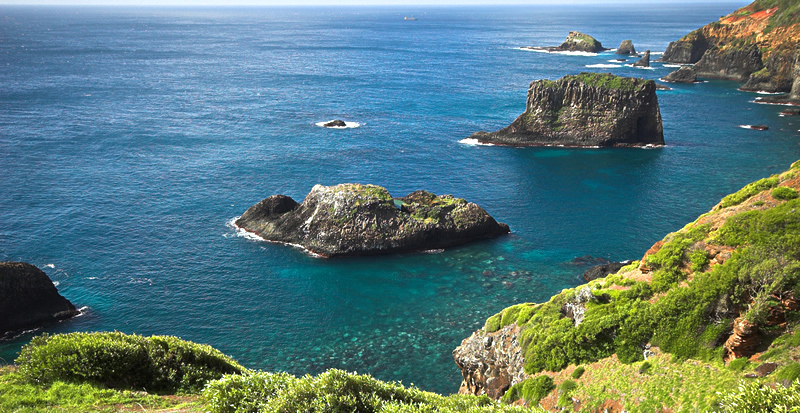 The pleasant temperatures of Norfolk Island make it a popular destination for tourists. With temperatures consistently in the mid-60s to 70s all year round, this tropical South Pacific island provides a place to escape the cold regardless of where you live the rest of the year.

Even though most of the island has a coastline that consists of sheer face cliffs, there are still a few beaches like those found in Emily Bay where the protection of a coral reef allows swimmers to safely enjoy the Pacific Ocean.

Because of the terrain, there is a lack of harbours for ships, and all the supplies are brought into either Kingston or Cascade Bay. These are not ports, but are some of the original settlements on the island. 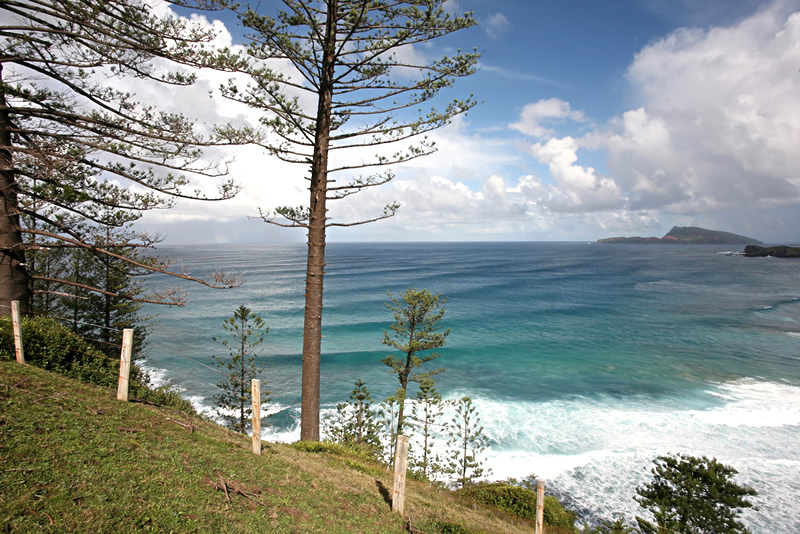 Norfolk Island was settled by the Polynesians, and the entire island is less than 14 square miles. The climate allows for a large variety of tropical plants to flourish, and the Norfolk Pine has its home there. The climate is subtropical, and the original island consisted of rainforests before it was colonised.

The highest point is over 1,047 feet at Mount Bates.

The climate encourages agricultural pursuits, and those visiting are not allowed to bring any fruits or vegetables to the island. All produce is locally grown, and beef is imported and strictly monitored. In the past, the introduction of non-native species has caused the extinction of several of the subspecies of birds and native fauna.

According to the official website, the island of Norfolk considers itself 360 degrees of wonder. 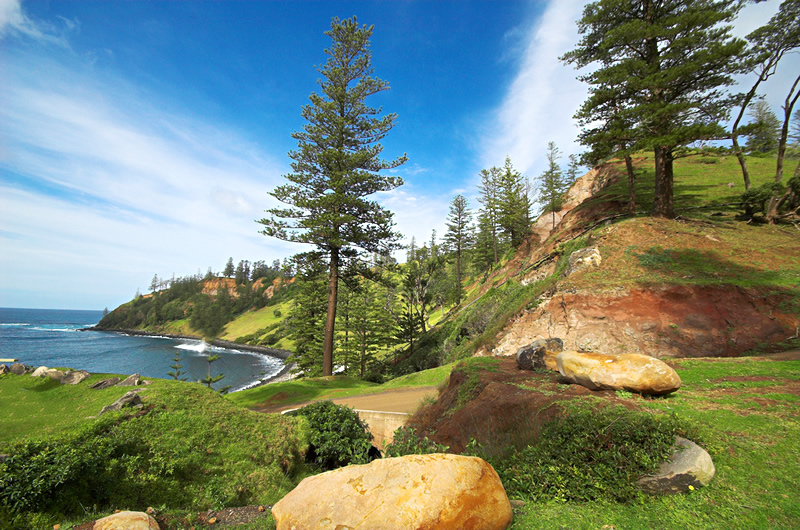 Those who have the desire to explore will love the fact that one-third of the island is committed to national parks and recreational areas. This gives the tourist the ability to hike, mountain bike and explore the terrain that comes from climbing on the remnants of basaltic lava.

While the island has suffered the loss of some of their native birds, there are still plenty of birds to excite bird watchers. Petrels, gannets and terns will keep shutters snapping.

Those who are not interested in climbing rocks or watching birds may enjoy a historic tour of the island. Between the Polynesian explorers, the convicts and those who committed mutiny, the island is a vast wealth of tales. There are four museums alone in Kingston.

The island was originally settled in the fourteenth or fifteenth century, but the British landed in the 1770s. Originally, it was to become a penal colony.

When you are done visiting old prisons and hearing tales of the sea, you can turn your attention to enjoying one of the many sporting activities on the island.

Not only is Emily Bay a great place to swim, but because of the coral reef, it is superb for snorkelling.

Those who are interested in surfing will find that they can catch some significant waves in either Ball or Anson Bay. According to surfers, Anson Bay is home to the only point break for the island, and it is best surfed in the winter because of the large swells. The Reef (Manas) is the local favourite due to its multi-breaks.

Those who prefer to keep their feet dry can take a day to go horseback riding around the island, enjoy some rowdy games of paintball or a relaxing day playing golf.

A great getaway golf package can be found at The Tin Sheds Norfolk Island. If you are up for a tournament, you can sign up to play in the 2014 Norfolk Island Veteran’s Golf Tournament.

Norfolk Island is a popular destination with something for everyone to enjoy.