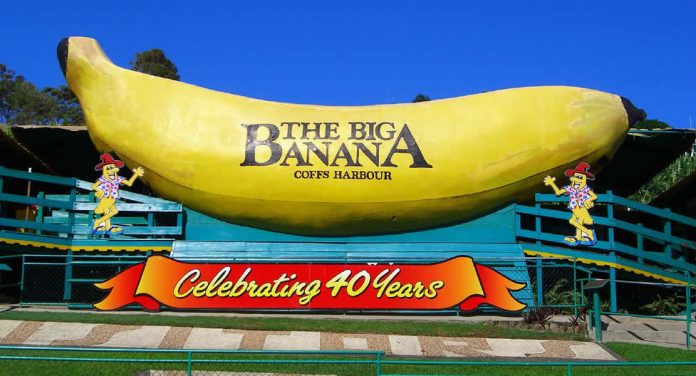 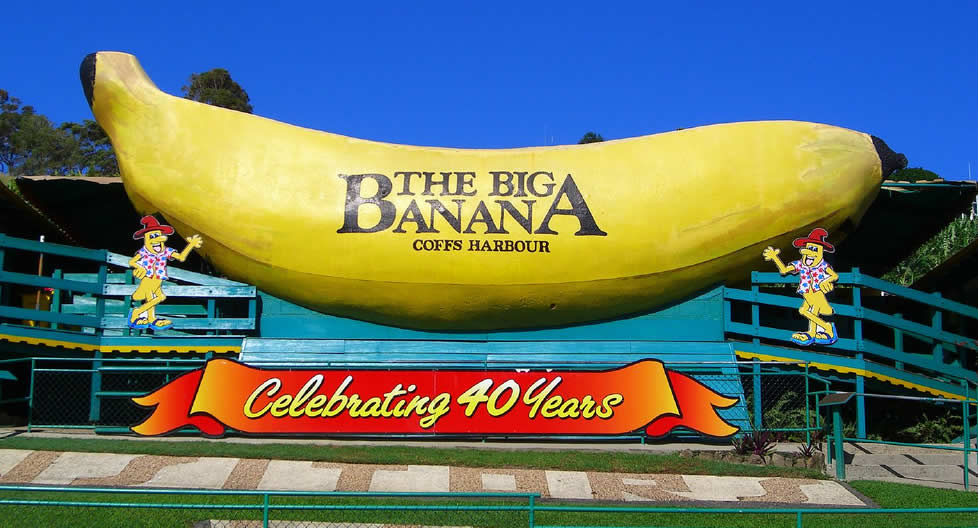 Australia is a big country, with big distances, big deserts and surrounded by big oceans. Many tourists visit Australia to see its “Big Things” like Uluru (or Ayers Rock, located right in the middle of a BIG nowhere near Coober Pedy), Great Ocean Road, Big Banana in famous Coffs Harbour, Big Koala in Victoria and many others. I counted about 140 Australia’s Big Things and I’m sure there are more little (big) gems hidden somewhere.

So where are all those Australia’s Big Things?

Big Things are mainly built by locals in small Australian towns to attract more tourists. But not only tourists like visiting them. Australians travel to see Big Things.

Sean and Kylie with awesome boys Sam and Josh travelled around Australia on a trike and visited all big things during their “Big Things Tour”. They kindly shared their Big Things itinerary so now You can do an amazing trip and take a photo of an Australia’s Big Thing.

Luke Chapman, a landscape photographer from Brisbane, shared in his article several Big Things that you can easily visit yourself on a road trip along the East coast between Queensland and Sydney. Here are those Big Things:

Bundaberg is famous for its rum, and so for its Big Rum Bottle. The Big Rum Bottle, also known as The Big Bundy, was used as a pavilion of the Bundaberg Rum Company during Expo’88 in Brisbane. The Big Bundy is now located outside the visitor’s centre at the Bundaberg Distillery. You can take a tour showing the rum production progress and taste rum at the end! (May be don’t drink much as you need to see the next big thing!)

You can take a photo or even go inside The Big Pineapple and listen about the history of pineapples. Or get a train ride and visit an animal farm. A nice view will be waiting for you if you get to the top of The Big Pineapple.

The Big Apple in Stanthorpe – another fruit in the Australia’s Big Things basket, you may think? And you will be right! There are actually 6 Big Apples in Australia!

The Big Apple in Stanthorpe is located outside the Vincenzo’s Deli and Cafe which is situated on the opposite side of the new England Highway to Suttons Apple Orchard & Cidery.

The Big Apple is easy noticeable as it is a giant Royal Gala apple. Take a photo and drop in to the Vincenzo’s for their home made meat pies, cheese, icecream, wine and other awesome things.

The Big Pyramid, or The Ballandean Pyramid, is a stone pyramid near the small Queensland village called Ballandean. It is about 15 metres high and built from the local granite. There is a story behind it:

The Big Pyramid is located on property belonging to a local vineyard (Henty Estate) and is aproximately 25 metres from the nearest road. It was built by the now-past land owner at a cost of $1,000 Australian dollars. The pyramid was built after a local resident, Peter Watters (Watters Vine Management Service), asked what was to be done with the surplus amount of granite rocks that were excavated for land tillage. The pyramid took 8 months to build using an excavator and dump truck.

(May be the famous Egypt Pyramids were built because of the surplus amount of rocks? ;-) )

At the moment it is forbidden for public to climb the pyramid for any reason. Don’t worry! For rock climbing you can visit natural rock formations in Girraween National Park, they known as the Pyramids!

The Big Banana is one of the oldest and most famous Australia’s big things. (An awesome family who travelled across Australian on a trike during their “Big Things Tour” is actually from Coffs Harbour!)

The Big Banana is a popular tourist place. Its complex includes a banana-themed souvenir shop, an indoor ski slope, and tours of the surrounding plantation. 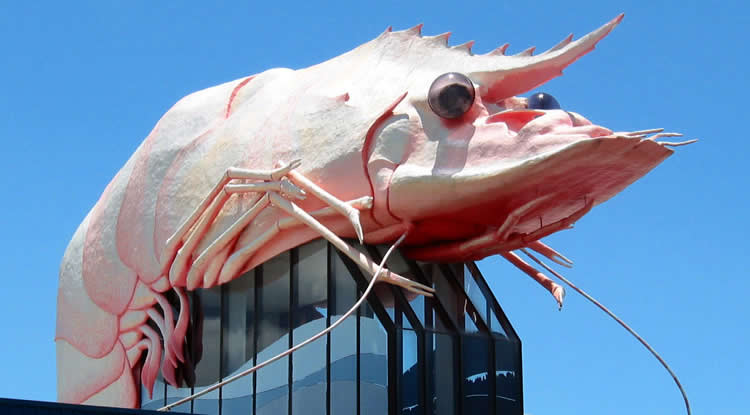 The Big Oyster is located just north of the town of Taree.

Like the Big Merino and Big Banana, the ‘Oyster’ is an artifact based on local produce – the Manning River produces some 3,5 million oysters a year. The Big Oyster was an unsuccessful business venture, known to the locals as a ‘Big Mistake’. It is now home to a motor dealership.

(If you like oysters, you can visit one more Big Oyster – it is located in Ceduna, South Australia.)

The places you visit and the photographs you take inspire others to travel, explore, and capture beautiful photographs. Tell about yourself, your trip, and showcase a fantastic photograph you made. Share your blog, travels, and photo works with fellow travelers.

Canberra: Not As Boring As You May Think